This past weekend, the waiting ended as the for the second time in less than two months, the Prague Zoo announced the birth of a new baby elephant. The mother, Janita, and baby are doing fine according to the zoo director Miroslav Bobek. The new elephant is the baby sister to the one born in March as they are both fathered by Ankhor. The newest arrival weighs in at 124 kilos while her older sister was originally ‘only’ 92 kilos at birth and is 138 kilos now.

The birth was witnessed by the breeders on a live stream while Janita was able to have a successful natural birth.

See a video of the sisters and their mothers here:

Amid the daily confusion and complications which the coronavirus has wreaked on Prague in recent weeks, we are all in need of news which is void of such topics. The Prague Zoo proudly announced that in the early hours of today, Friday, March 27th, the newest addition to their family arrived: a beautiful baby elephant!

The happy news was announced via Twitter by the Prague Zoo’s director Miroslav Bobek.

“Many thanks to my colleagues from the Elephant Valley!”

The baby elephant was born to Tamara and Ankhor, both of whom have other offspring as well, so the newest arrival has some half siblings awaiting it. At this time, the sex of the elephant is not known. It was announced that once determined the public will be asked to help name the baby elephant. 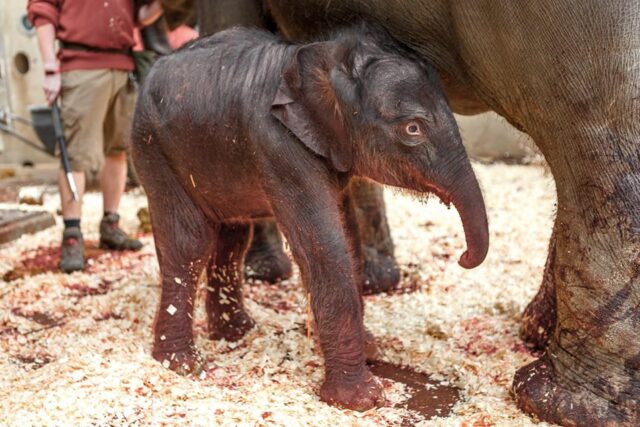 Above is a photo, taken by Roman Vodička, was released on the Prague Zoo’s Facebook page earlier today showing the new baby elephant standing below its mother.

The Prague Zoo has also announced that they are expecting the birth of another baby elephant very shortly from Janita. Janita and Tamara both gave birth to sons in 2016, about 6 months apart.

Tamara who joined the Prague Zoo family in 2012, arriving from Sri Lanka, gave birth to a son named Max in 2016. He was fathered by Mekong, another elephant in the zoo currently.

Janita gave birth to Rudolf about 6 months after Max was born. Rudolf’s father is Ankhor, the same as the newest baby elephant.

This means that our currently nameless baby elephant has two half siblings, Max, from his mother’s side and Rudolf, from his father’s side. 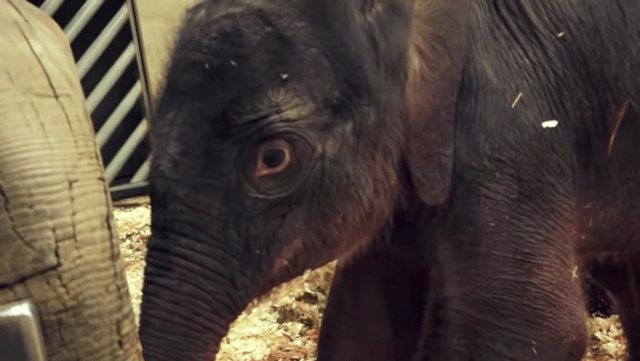 The Prague Zoo, while having a history of over 90 years, only recently started to experience elephant births. The first elephant born in the Prague Zoo was Sita, who was born in February 2013. Her mother has been traveling while pregnant and finally gave birth here in Prague.

The Prague Zoo has been closed since March 13th, as have most businesses in Prague and all of the Czech Republic. This has meant that the crew and attendants have had to devise a way in which they can still attend to the animals while keeping themselves safe. They are now currently working in two groups to keep as much distance as possible from each other. This current endeavor to help Tamara birth her offspring was complicated by the situation, but as Bobek mentioned, they have been doing all that they can to help both the animals and the humans in the zoo.

If you’d like to see a video of the baby elephant taking its first steps along side its mother and some of the staff, check this out. You definitely won’t regret it!

Do you have an idea in mind for the baby elephant’s name? Leave it in the comments below: 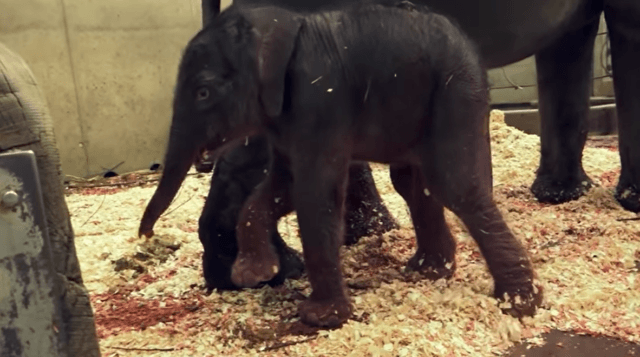